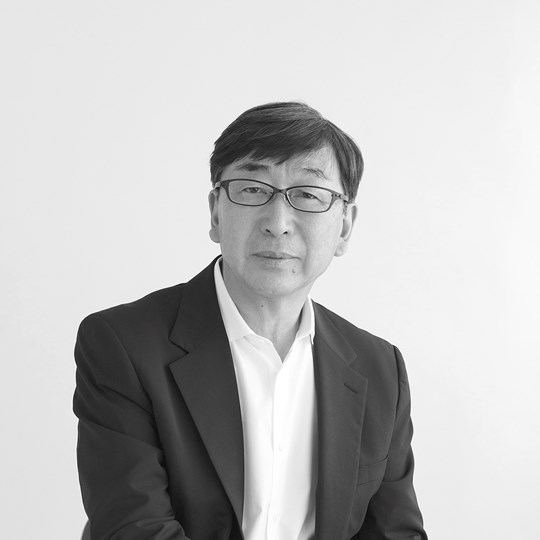 Toyo Ito is a Japanese architect known for creating conceptual architecture, in which he seeks to simultaneously express the physical and virtual worlds. He is a leading exponent of architecture that addresses the contemporary notion of a "simulated" city, and has been called "one of the world's most innovative and influential architects."

Ito was born in Seoul, Korea to Japanese parents on 1 June 1941. In 1943, he moved to Japan and graduated from the University of Tokyo's department of architecture in 1965.

After working for Kiyonori Kikutake Architect and Associates from 1965 to 1969 (alongside Itsuko Hasegawa), in 1971 he started his own studio in Tokyo, named Urbot ("Urban Robot"). In 1979, the studio name was changed to Toyo Ito & Associates.

Throughout his early career Ito constructed numerous private house projects that expressed aspects of urban life in Japan. His most remarkable early conceptual contributions were made through projects of this scale, such as White U (1976) and Silver Hut (1984).

With the Pao for the Tokyo Nomad Girl projects in 1985 and 1989, Ito presented a vision of the life of an urban nomad, illustrative of typical lifestyles during the bubble economy period in Japan.

Of most of his work in the 1980’s, Ito explains that he was seeking to erase conventional meaning from his works through minimalist tactics, developing lightness in architecture that resembles air and wind.

After designing critically-acclaimed buildings like Sendai Mediatheque, Ito became an architect of international importance during the early-2000s leading to projects throughout Asia, Europe, North America and South America

The current architecture of Toyo Ito expands on his work produced during the postmodern period, aggressively exploring the potentials of new forms. In doing so, he seeks to find new spatial conditions that manifest the philosophy of borderless beings.

Ito has defined architecture as "clothing" for urban dwellers, particularly in the contemporary Japanese metropolis. This theme revolves around the equilibrium between the private life and the metropolitan, "public" life of an individual.

Ito's work has been exhibited widely and has received numerous international awards.