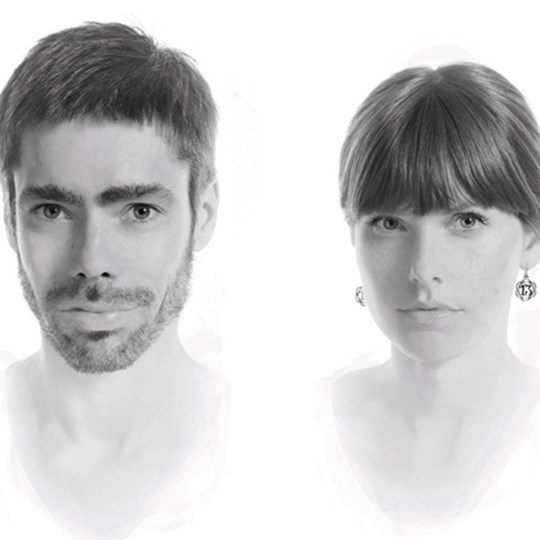 Studio Job was founded in 2000 by soulmates Nynke Tynagel and Job Smeets, both graduates of the Design Academy Eindhoven. They redefine the applied arts for the contemporary age. From the outset, their collaboration has created highly expressive, sometimes one-off or limited edition works.

Often cast in bronze or, later, crafted from laser-cut marquetry, the physical potential and malleability of the materials they use is pushed to the hilt. Their approach is more in keeping with that of traditional guilds than anything industrial. For Studio Job, creation is pre-eminent over definition. Smeets describes it thus: "Unlike most, we are probably not coming from Modernism. Studio Job’s contribution is that we have rediscovered a lost path. Consciously and carefully, we are positioning decorative arts in the twenty-first century. Is that design? Whatever. Is that art? Whatever, really."

Opulent, intricate and ironic, Studio Job combine an extraordinarily high level of craftsmanship with extreme ornamentation. They reference both the traditional and the topical, the organic and the artificial. This narrative conveys a tension between the good and the bad exploring all facets of each. Their iconography is at once heraldic and cartoon-like, monumental and yet somehow primitive. Due to this combination of elements, Studio Job’s style has become synonymous with the term 'Neo-Gothic'. This style is placed within an enigmatic, intellectual framework by the number and complexity of symbols and signifiers it conveys.

In 2009 Nynke and Job opened Studio Job Gallery, a curatorial exhibition space for contemporary art and design based in Antwerp. In 2010 an important monograph titled "The Book of Job" was released by the New York publishing house Rizzoli and the "Studio Job Lounge" was opened inside the prestigious Groninger Museum. In 2011, Nynke and Job turned a post war villa into the "Studio Job House" filled with modernistic icons and contemporary pieces. The Groninger recently dedicated a massive retrospective accompanied by a new book to celebrate the large body of work of these now world famous creators.

Studio Job works are included in the permanent collections of more than 40 museums worldwide.