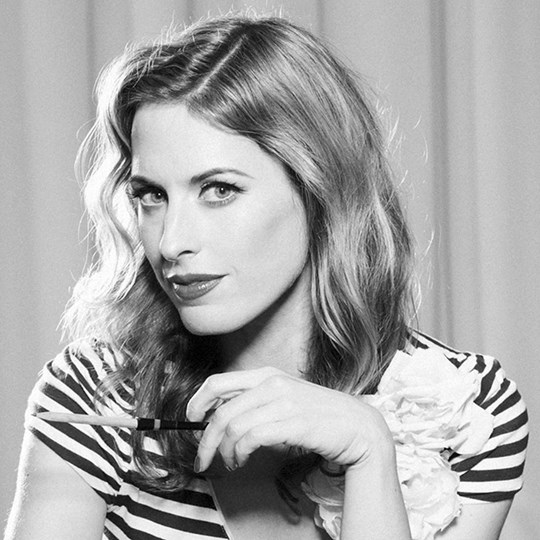 Slovenian product and interior designer Nika Zupanc graduated with distinction from the Academy of Fine Arts and Design in Ljubljana in 2000. Since then she has gained a sterling reputation for a body of work that in her own words, "challenges the rational, sober and utilitarian by giving voice to the intuitive, eclectic and intimate". In 2015 she received the accolade of Elle "Woman of the Year" in her home country.

Nika's acclaimed collection for Sé, is an extraordinary range of pieces based around the loose theme of the Olympics and sports clubs, including the Trophy table lamp and the ingenious three-sided Olympia dressing table. The collection received the Editor's award for Best Furniture at the ICFF. Elsewhere, Nika has continued to build her portfolio to rising acclaim. A particularly well-loved piece of hers is the Lolita table lamp, produced by Dutch design brand Moooi, and in the last few years, Nika has become one of the most closely-watched designers at Milan Design Week: not just for her stand-alone products but also for her installations, including Love Me More, curated by Rossana Orlandi. She also made a Room of One's Own for Esprit Dior, and designed the atmospheric As Aperitivo bar in her home town Ljubljana - fantastic immersions into her design sensibility.

Nika's pieces carry an emotional charge as well as being exquisitely finished. There's a touch of theatre and Film Noir in her work, and somehow her pieces make the user feel like an actor. As for Nika, explanation is unnecessary. Her visual language comes from deep within and is about "communicating the things that cannot be told."