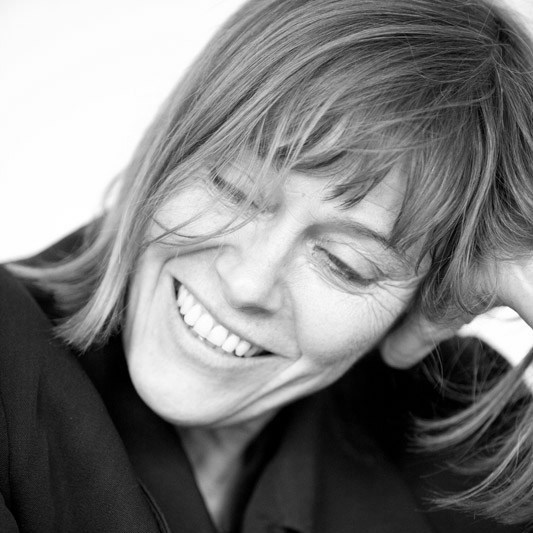 Nathalie Du Pasquier was born in Bordeaux, France in 1957. After traveling extensively through West Africa in the mid-seventies she settled down in Milan, Italy in 1979 where she met designer George Sowden. In 1980, along with Sowden, Michele De Lucchi, Javier Marisca and Marco Zanuso to name a few, she was invited by architect Ettore Sottsass Jr. to join the Memphis Group as a founding member.

She would go on to design numerous “Decorated surfaces”: textiles, carpets, plastic laminates, as well as furniture and objects. Since 1987 painting has become her main activity.

The first comprehensive exhibition of Du Pasquier, curated by Luca Lo Pinto was held at Kunsthalle Wien in 2016 and a second iteration took place at the ICA Philadelphia in September 2017.