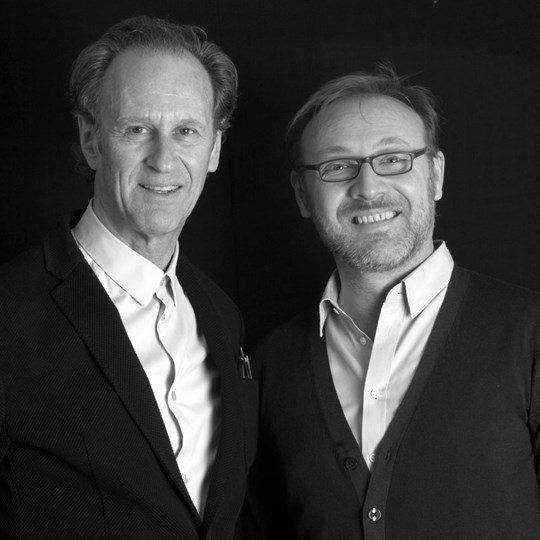 Matteo Thun, architect and designer, was born in Bolzano in 1952 and studied at the Academy of Salzburg with Oskar Kokoschka and at the University of Florence. After having worked with Ettore Sottsass, Matteo Thun became the cofounder of the Memphis-Group in Milan and partner of Sottsass Associati from 1980 to 1984 when he opened his own studio in Milan. In parallel he taught at the faculty of design at the University of Applied Arts in Vienna (Hochschule für Angewandte Kunst, Wien) from 1983 to 2000. In addition he acted as Art Director for Swatch from 1990 to 1993.

In 2000 he started the M.T. Partnership (MTP) with the partners Luca Colombo, Herbert Rathmaier and Antonio Rodriguez. Today, the studio includes a team of 50 Architects and Designers.

The creative approach of Matteo Thun to product design is characterized by simplified forms and the use of warm and natural materials. At the root of each project is an in-depth study of materials, technologies, the market and the client with a view to combining a minimal aesthetic with direct functionality. The goal of the innovative design items created by Matteo Thun is to influence the evolution of everyday life.

"A design method that is very close to my true way of being is so-called 'no design'. Or rather forgoing a personal form or a language that draws inspiration from an archetype. I want to rediscover the 'thing-ness' of things, that is, design a chair that is a chair through and through, where no design is not a negation of design" – Matteo Thun