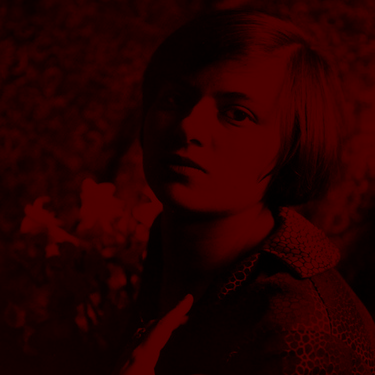 Born in Chemnitz, Germany in 1893, Marianne Brandt began her education in 1911 at a private art school in Weimar. Afterwards, she was accepted at the Hochschule für Bildende Kunst Weimar (now the Bauhaus-Universität Weimar) where she studied painting and sculpture. After graduating she married the Norwegian painter Erik Brandt in 1919 and the young couple took a one-year study tour with visits to Paris and the south of France. At the age of 30 she returned to Weimar and enrolled at the Staatliches Bauhaus in 1924.

Not content to be confined by the gender bias that encouraged women to study textile design, within her first year at the Bauhaus Brandt completed the six-month foundation course taught by Josef Albers, followed classes by Paul Klee and Wassily Kandinsky and studied under the tutelage of Lazlo Moholy-Nagy, the head of the esteemed metal workshop. Moholy-Nagy's introductory course forced students to confront the issues of form and use of materials.  In Brandt, he saw potential in her functional as well as modern design approach.  He became an influential figure for Brandt and taking her under his wing, allowed her to gain entry into the metal workshop, thus becoming the first woman ever to do so.

The transition was not smooth as Brandt later recalled. "At first, I was not accepted with pleasure- there was no place for a woman in a metal workshop, they felt.  They admitted this to me later on and meanwhile expressed their displeasure by giving me all sorts of dull, dreary work.  How many little hemispheres did I most patiently hammer out of brittle new silver, thinking that was the way it had to be and all beginnings are hard.  Later things settled down, and we got along well together."

She quickly rose to the position of workshop assistant and succeeded Moholy as the workshop's director in 1928, serving in the post for one year and negotiating some of the most important Bauhaus contracts for collaborations with industry.

After graduating in 1929 Brandt had a brief stint working in Walter Gropius' Berlin architecture practice. There she mainly designed furniture for mass production and modular furniture while also working on interior design projects.

Although she was extremely talented and successful at the Bauhaus, she never managed to establish herself as a self-employed industrial designer. Until 1932 she was head of the design division for the applied arts at a metalworks factory and after that turned to photography and painting and lived a very retired life.

After the war she was invited by Mart Stam to teach at the Hochschule der Bildenden Künste in Dresden and later also taught at the Institut für angewandte Kunst in East Berlin.

Today her designs for metal ashtrays, tea and coffee services, lamps and other household objects are recognized as among the best of the Weimar and Dessau Bauhaus. In 2007, one of her teapots —the MT49 tea infuser— was sold for a record-breaking $361,000 at Sotheby's in New York.

Marianne Brandt passed away in Halle in 1983.