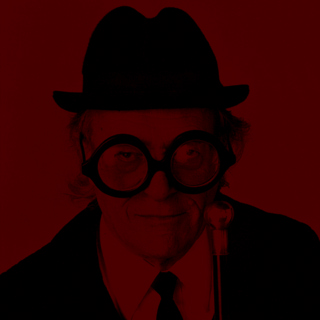 Livio Castiglioni (Milan, 1911-1979) the eldest of three brothers, studied architecture at Milan Polytechnic until 1936. In 1938 Livio Castiglioni and his brother Pier Giacomo opened a practice in Milan. They mainly concentrated on urban planning, architecture and, in particular, industrial design, at a time when the latter was still in its early stages in Italy. Since architects were receiving very few commissions at that time, the Castiglioni brothers primarily focused on designing objects for daily use, furniture, and appliances.

In 1939 they designed "Phonola", the first radio encased in Bakelite instead of wood. After finishing his studies, the youngest of the three, Achille Castiglioni, joined his brothers in the practice in 1944. Livio Castiglioni went his own way from 1952.
Between 1940 and 1960 Livio Castiglioni was a design consultant for Phonola and, from 1960 until 1964, for Brionvega.

All three brothers were very active in the Italian design scene. In 1956 they were co-founders of the Associazione per il Disegno Industriale (ADI), the Italian Industrial Design Association which every three years assigns the renowned Compasso d’Oro award for the best Italian contemporary design. From 1959 to 1960 Livio Castiglioni was President of the ADI.
With his son Piero he designed the famous Scintilla system for FontanaArte, one of the company’s bestsellers and used in a huge number of shops and display areas.