Léon Krier was born in Luxembourg in 1946. Krier is an architect, architectural theorist and urban planner. From the late 1970s onwards Krier has been one of the most influential neo-traditional architects and planners.

He is one of the first and most prominent critics of the architectural modernism, mainly of its functional zoning and the ensuing suburbanism, campaigning for the reconstruction of the traditional European city model. These ideas had a great influence on the New Urbanism movement, both in the USA and Europe.

He has published books in Japan, Belgium and Great Britain and has held exhibitions throughout the world, including a large personal show at the Museum of Modern Art (MoMA) in New York, in 1985. He has realized projects in Luxembourg, France, Italy, Spain, Germany, England and in the United States. He is the personal advisor to Prince Charles of Wales, for whom he drew up the master plan for the development of the town of Poundbury, in Dorset.
He projected the Piano Guida for Firenze Novoli (1993), the Palace of Justice in Luxembourg, the Archeological Museum in Sintra Portugal (1993/1994). In 2003, he has received the Richard H. Driehaus Prize for Architecture, University of Notre Dame, Indiana, USA. He has been designing furniture exclusively for Giorgetti since 1991. 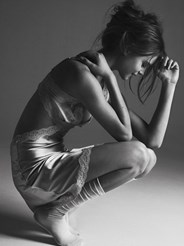