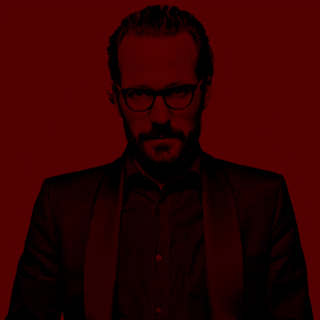 As a child, Konstantin Grcic (born in Munich in 1965) loved building things. After high school, he began working for an antique furniture restorer, "because I wanted to learn how to make things properly," he recalls. That led to an apprenticeship with a cabinetmaker, where he discovered something he liked even better than building: designing. He then went to the Royal College of Art in London, where he found his true passion: designing furniture.

Since setting up his own practice, Konstantin Grcic Industrial Design (KGID) in Munich in 1991, he has developed furniture, products and lighting for some of the leading companies in the design field.
His work is known for its logical thought process, honesty of materials and respect for production methods.

Konstantin Grcic defines function in human terms, combining formal strictness with considerable mental acuity and humour. Each of his products is characterized by a careful research into the history of design and architecture and his passion for technology and materials.

Grcic feels very fortunate to be doing something he loves so passionately and hopes young designers starting out feel the same way. "Some people today think design is all about having fun, but that's not true," he states. "It's hard work, serious work. You have to think not only about the object you're designing, but everything else about it, from how it will be produced to who will be using it, to what happens to it after it goes through its life cycle. So designing is big responsibility. And I believe you can only do it well if you truly enjoy it."

The Royal Society for the Encouragement of Arts, Manufactures and Commerce (RSA) appointed Konstantin Grcic "Royal Designer for Industry" and Design Miami awarded him the title "2010 Designer of the Year". Many of Konstantin Grcic´s products have received international design awards (a.o. winner of the Compasso d'Oro for the lamp MAYDAY for Flos in 2001 and the MYTO chair for Plank in 2011) and form part of the permanent collections of the world´s most prestigious museums (MoMA / New York, Centre Georges Pompidou / Paris, Die Neue Sammlung / Munich amongst others).