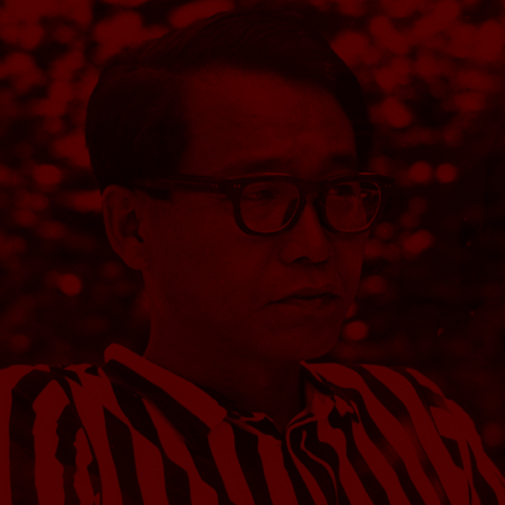 Kazuhide Takahama was born in Japan in 1930 and completed his architectural studies in Tokyo and began working in the studio of Kazuo Fujoka. When he came to Italy in 1957 for the Milan Triennale, he met Dino Gavina and began to work with him. In 1963 he moved to Bologna  and as he came into contact with many of Italy's most important designers, he began to elaborate his own stylistic lexicon in this lively climate of cultural exchange, this then progressively defined itself over time. The furniture he designs stands out for its rigour and the clean lines of its forms, as well as having its own language of poetic essentiality in which the signs from the Oriental Culture of his original training blend with those of the Western Culture in which he has since become immersed. In February 2010, aged 80, Kazuhide Takahama unexpectedly passed away.