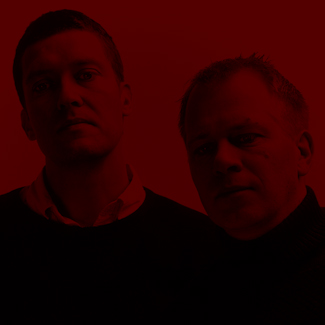 Kasper Salto was born in Copenhagen, Denmark in 1967.
He graduated as a cabinet maker in 1988 and his masterpiece was honoured with a silver medal. After that he graduated in 1994 from the Danish Design school.
In 1996 he was teaching at The Royal Acadamy of Fine Arts. Between 1994 and 1998, he worked for designer Rud Thygesen, who is a famous Danish designer in the field of furniture. It was at that time he met Peter Stærk: their friendship would have a deep influence on his professional life. In 1997, he designed the Runner chair for Peter Stærk who made the chair famous in Denmark, but also abroad. Salto has received a number of design awards for his work, lately the The Furniture Prize 2003, Engelhardts Mindelegat 2005, and latest The Finn Juhl Prize 2010.

Thomas Sigsgaard was born in Copenhagen, Denmark in 1966.
He graduated from The Royal Academy of fine arts in 1995 and was employed at PLH architects from 1995 till 1998, and Vilhelm Lauritzen architects from 1998 till 2001.
He started his own studo "Over vandet Architects" in 2001, mainly designing for private clients. He was also teaching at DIS (Danish International Study program) architecture and design program between 2001 and 2006.

Since 2003 Kasper and Thomas have worked together, from their studio in Copenhagen. They have mainly worked in the field of lighting since they teamed up.
With the first prize in the Danish Arts Foundation’s competition; "New furniture for the UN headquarters", they are moving into furniture design together.