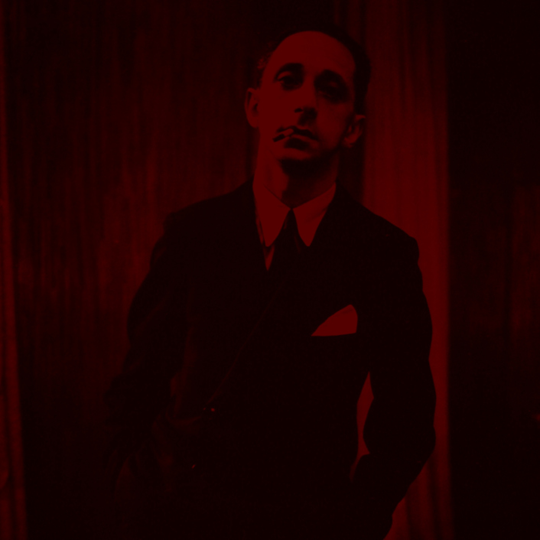 Jean-Michel Frank was born in Paris. He began law school in 1911, but in 1915, he was hit by the double blow of the death of his two elder brothers, Oscar and Georges, on the front lines of World War I and that of his father who committed suicide. In 1928, he lost his mother who had been in a Swiss asylum for several years. From 1920 to 1925 he traveled and visited the world. In Venice he met the cosmopolitan society that gathered around Stravinsky and Diaghilev. Around 1927, Eugenia Errázuriz revealed to him the beauty of 18th century styles and her own modern, minimalist esthetic, and he became her disciple.

He then got in contact with a Parisian decorator and cabinetmaker called Adolphe Chanaux, a former student of Groult and Ruhlmann, for the interior decoration of his apartment on Rue de Verneuil. After that, Jean-Michel Frank and Adolphe Chanaux decided to become associates in 1931. During the 1930s he worked with students at the Paris Atelier, now known as Parsons Paris School of Art and Design, where he developed the famous Parsons Table. In 1932, with Chanaux, he opened a shop. This was to be the consecration of ten years of collaboration.

But once again it is war that bowls over Jean-Michel Frank destiny. Chanaux and most of the staff are at the front and Jean-Michel flees from France to Argentina. A fatal blow to the company that went bankrupt and closed its doors in 1942.

In Argentina, Frank renew with his trade and has numerous contracts. In 1941, Frank made a trip to New York. Sadly overcome by depression he committed suicide by throwing himself from the window of a Manhattan apartment building, leaving all his personal possessions in his apartment in Buenos Aires.

Jean-Michel Frank today is recognized by leading designers all over the world as one of the greatest sources of inspiration to many present-day designs. His pieces are highly sought after by leading collectors worldwide.