Ivar Alenius Björk was born in Sweden in 1905 and died there in 1978. He worked as a sculptor, mostly known for bust portraits. His public ornaments can be seen in Trelleborg, Simirshamn, Ängelholm and Lund. He has also designed a series of brass candlesticks for a no longer active company called Ystad-Metall.

Ystad-Metall produced a large number of classic design items in the 1920s-1960s. The Lily Candlestick was one of these products, it was originally designed in 1945 for the art exhibition in Göteborg where Ivar Alenius Björk presented his work and it has become a design classic that features in many international design magazines to this day. Skultuna has now agreed with the relatives of Ivar Alenius Björk in order to take up the production of the Lily candlestick again. 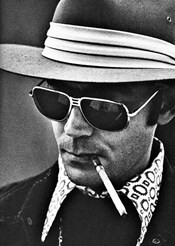