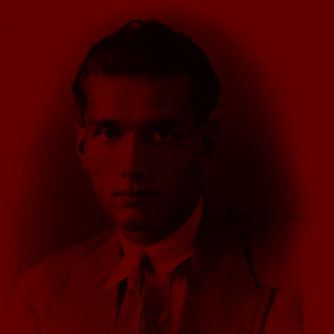 Giuseppe Terragni (1904 -1943) was an Italian architect who worked primarily under the fascist regime of Benito Mussolini and pioneered the Italian modern movement under the rubric of Rationalism.

Giuseppe Terragni was born in Meda, Lombardy. He attended the Technical College in Como then studied architecture at the Politecnico di Milano University. In 1927, he and his brother Attilio opened an office in Como. They remained in practice until Giuseppe's death during the war.

A pioneer of the modern movement in Italy, Terragni produced some of its most significant buildings. A founding member of the fascist Gruppo 7 and a leading Italian Rationalist, Terragni fought to move architecture away from neo-classical and neo-baroque revivalism.

In a career that lasted only 13 years, Terragni created a small but remarkable group of designs; most of them were built in Como, which was one of the centers of the Modern Movement in Italy. These works form the nucleus of the language of Italian rationalist or modernistic architecture. Terragni was also one of the leaders of the artistic group called "astrattisti comaschi" with Mario Radice and Manlio Rho, one of the most important events in Italian Modern Art. He also contributed to the 1932 Exhibition of the Fascist Revolution.

In his last designs, Terragni achieved a more distinctive Mediterranean character through the fusion of modern theory and tradition.