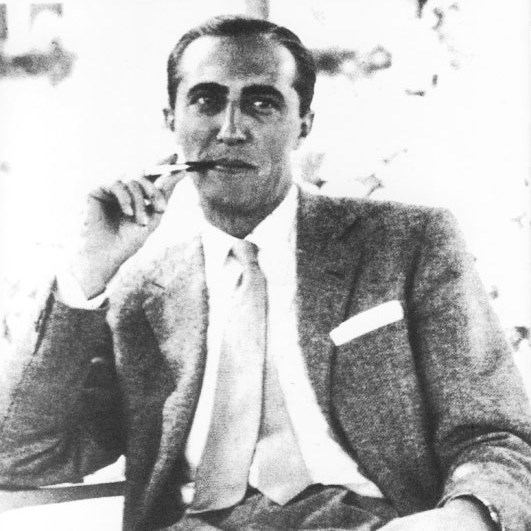 Gino Sarfatti was born in Venice in 1912 and studied aero-naval engineering at the University of Genoa.

In 1939 he started working in the lighting industry and setup the company Arteluce which soon became a national and international reference point for the modern architecture movement in lighting. The company became a meeting place and an important forum for many of the leading Italian designers of the 50s and 60s such as Franco Albini, Gianfranco Frattini, Sergio Asti or Ico Parisi.

During his thirty years of activity, Gino Sarfatti designed and produced over 400 lighting objects and was constantly involved with research and innovation in typology, materials, production technologies, light sources, technical lighting effects and design aspects.

So it is Sarfati, for example, who in 1971 designed the very first lamp to use halogen bulbs.

Throughout his career Sarfatti and Arteluce won numerous prizes and awards including the Compasso d'Oro in 1954 and 1955, and the Honorary Diploma of the Milan Triennale.

In 1973 Arteluce became a division of Flos and in 1985 one of the greatest minds of 20th century lighting design passed away in Gravedona, Italy. 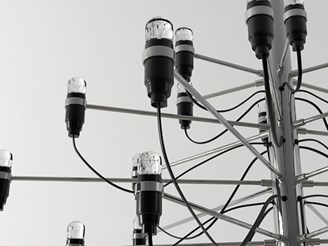 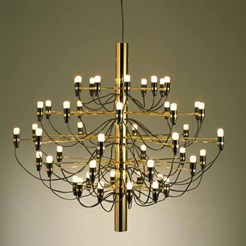 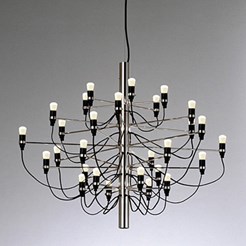