Ettore Sottsass (1917-2007) was a grandee of late 20th century Italian design. Best known as the founder of the early 1980s Memphis collective, he also designed iconic electronic products for Olivetti, as well as beautiful glass and ceramics.

Wherever he went, Ettore Sottsass carried a camera to photograph anything that caught his eye. Doors, temples, kitchens, billboards: nothing escaped him. This was a man who took 1,780 photographs on a twelve day trip to South America, who toyed with publishing a book consisting of pictures of walls and for years photographed every hotel room in which he had slept with a woman.

Ettore Sottsass devoted his life and work to dismantling the past in his various roles as artist, architect, industrial designer, glass maker, publisher, theoretician and ceramicist. The past to him was the rationalist doctrine of his father, Ettore Sottsass Sr., a prominent Italian architect. Fond though he was of his parents, Ettore Jr. favoured a different approach. "When I was young, all we ever heard about was functionalism, functionalism, functionalism," he once said. "It’s not enough. Design should also be sensual and exciting."

Born in Innsbruck in his mother’s native Austria in 1917, Ettore Jr. was marked out as an architect from an early age. No sooner had he graduated than he was called up into the Italian army only to spend most of World War II in a Yugoslavian concentration camp.
After the war, he worked on housing projects with his father before moving to Milan in 1946 to curate a craft exhibition at the Triennale.
For the next decade, Sottsass continued to curate as well as pursuing his passion for painting, writing for Domus, the art and architectural magazine, designing stage sets and founding a practice as an architect and industrial designer.

By the late 1970s, Sottsass was working with Studio Alchymia, a group of avant garde furniture designers, on an exhibition at the 1978 Milan Furniture Fair. Two years later, Sottsass, then in his 60s, split with Mendini to form a new collective, Memphis, with Branzi and other 20-something collaborators including Michele De Lucchi, George Sowden, Matteo Thun and Nathalie du Pasquier.
Memphis embodied the themes with which Sottsass had been experimenting since his mid-1960s 'superboxes': bright colours, kitsch suburban motifs and cheap materials like plastic laminates.
But this time they captured the attention of the mass media as well as the design cognoscenti, and Memphis (named after a Bob Dylan song) was billed as the future of design. For the young designers of the era, it was an intellectual lightning rod which liberated them from the dry rationalism they had been taught at college and enabled them to adopt a more fluid, conceptual approach to design.

Revered in Italy as a doyen of late 20th century design, Ettore Sottsass is cited as a role model by young foreign designers, for the breadth - as well as the quality - of his work. 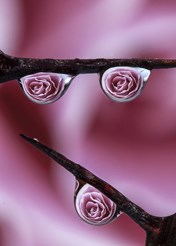 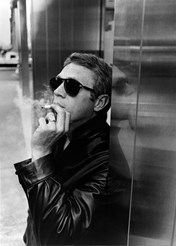