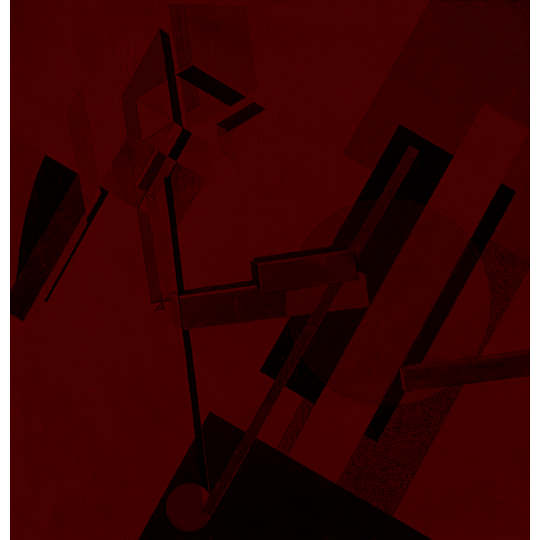 El Lissitzky (Eleazar Markovich Lisitskii, 1890) was a Russian born artist, designer, typographer, photographer and architect who designed many exhibitions and propaganda for the Soviet Union in the early 20th century.

From 1909 until 1914 Lissitzky studied architecture in Darmstadt. In 1919, he became a professor at the art school in Vitebsk, where he met Marc Chagall and Kasimir Malevich.

He associated with De Stijl members, Bauhaus designers and Dada artists and their influence can be seen in his designs. El Lissitzky’s development of the ideas behind the Suprematist art movement was very influential in the development of the Bauhaus and the Constructivist art movement of which he was co-founder. His stylistic characteristics and experimentation with production techniques developed in the 1920s and 30s have been an influence on modern graphic designers since then.

In his early years he developed a style of painting in which he used abstract geometric shapes, which he referred to as "prouns", to define the spatial relationships of his compositions. The shapes were developed in a 3-dimensional space that often contained varying perspectives, which was a direct contrast to the ideas of suprematist theories which stressed the simplification of shapes and the use of 2D space only.

He moved around in the 1920s and spent time in both Germany as a cultural representative of Russia and Switzerland, in a sanatorium after he was diagnosed with pulmonary tuberculosis. But this never stopped him from working as he continued to produce propaganda posters, books, buildings and exhibitions for the Soviet Union.

In 1932 Stalin demanded that artists conform to much stricter guidelines or be blacklisted, but Lissitzky managed to retain his position as head of exhibitions. In 1941 his tuberculosis overcame him and caused his death.

Admittedly, most of what El Lissitsky created for the young Soviet Union only survives in the form of drawings and montage. Not a single original, structural work of Lissitsky still exist; it is only possible to make guesses in reconstructions at what this artist, architect, typographer and designer had in mind. A man who was more concerned with the global picture than a quietly introspective right angle, he is now held in high regard by constructivists and deconstructivists alike. 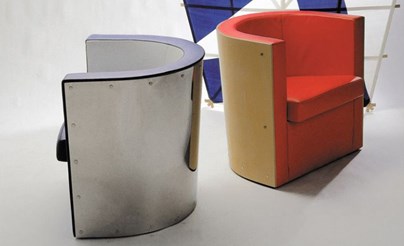 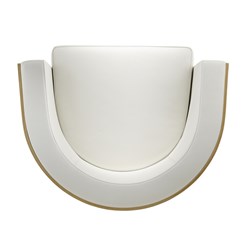 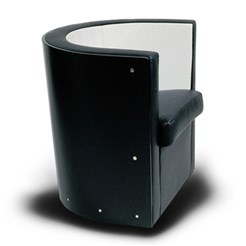