In 1927, Eduard-Wilfrid Buquet filed his patent for parts of his lamp, particularly the flexible joints, at the Ministère du Commerce et de l’Industrie in Paris. Various versions were produced until 1940’s. Although little is known about Buquet we do know that he produced the lamp himself and probably designed it as well. The current manufacturer had to modify certain details for technical reasons, namely the interior of the flexible joints and the stand, which used to be made of wood. Since the small reflector will only take a small holder, it is now equipped with a halogen lamp. 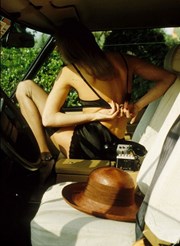