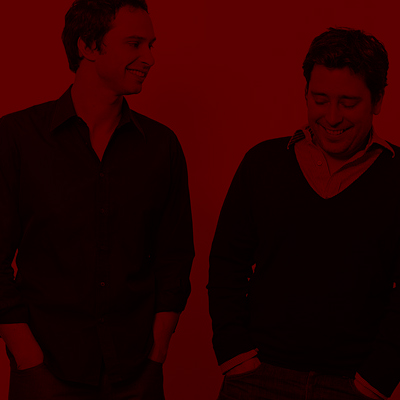 Both born in 1969, Edward Barber and Jay Osgerby studied together at the Royal College of Art in London and established Barber Osgerby in 1996. Their London-based industrial design studio has been developing collections of distinctive designs for leading manufacturers.

Much of Barber and Osgerby’s early work involved the folding and shaping of sheet material, influenced by the white card that they had used frequently in architectural model making. Known for their use of colour, later on Barber and Osgerby developed a new direction, using colour as the starting point for the work. Their designs are based on thorough investigation and research.

Edward Barber and Jay Osgerby’s multidisciplinary portfolio encompasses furniture, lighting and product design as well as art and architectural-scale projects. The pair have lectured internationally and their work is held in permanent collections around the world including the Victoria & Albert Museum, London; the Metropolitan Museum of Art, New York; London’s Design Museum; and the Art Institute of Chicago.

Among the many prestigious accolades won by Barber Osgerby there is to be named especially the nomination for the Compasso d’Oro in 2004 and the award as best Furniture Designers of the year in 2005 by the Blueprint magazine.