Born in Milan, Cini Boeri graduated from the Politecnico in Milan in 1951. She worked for the Zanuso practice from 1952 to 1963. Since 1963, Boeri worked as an independent professional in the fields of architecture and industrial design. She designed houses, apartments and shops both in Italy and abroad, paying particular attention to the study of the functionality of the space in smaller house and the psychological relationships between man and environment. In the area of industrial design she concerned herself with furnishing elements and components for the building trade.

She has given many lectures at prestigious universities all over the world and during 1981 and 1983, she was appointed contact professor at the Architecture faculty of the Politecnico in Milan.

Cini Boeri was a member of the Board of Directors of the XVI Triennale in Milano.
Different examples of her achievements can be found in museums and international exhibitions and she has been awarded many prizes, among which, in 1979, a Compasso d’Oro, Roscoe prize in 1978 and 1984, Premio Saiedue 1983, Bio 10 Gold Medal Ljubljana 1984, '85 Stuttgart Design Award, Design-Auswahl '90 Stuttgart. Cini Boeri has sat on many juries of international competitions. As well as contributions to specialist journals, she has published the book "Le dimensioni umane dell'abitazione" ("The human size of houses", Milan, Franco Angeli 1980) and the essay "La dimensione del domestico" (Milan, Franco Angeli 1983). 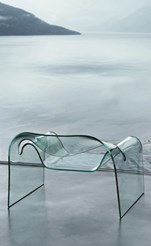 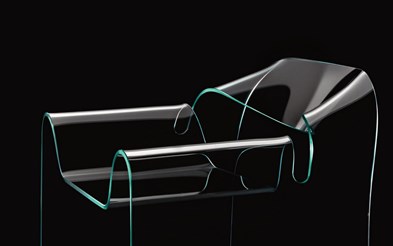