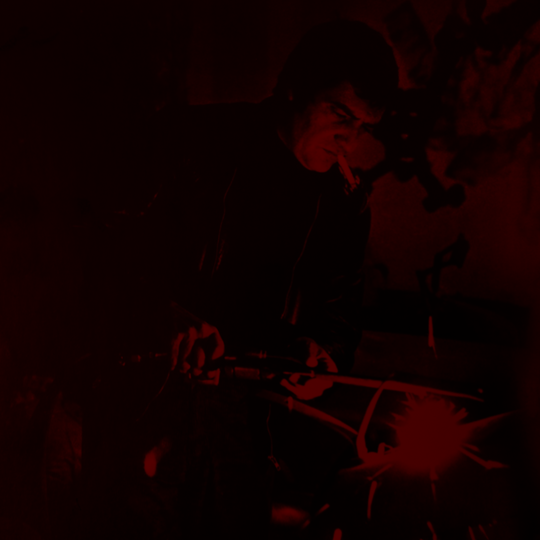 Christian Girard was born in 1926 in Toulouse. After joining the free forces of the French Army in 1944, he becomes chief decorator of the French occupation troops in Germany in 1947. Later, in 1949, he creates his agency in Paris.

"Light is a magic wand; the lighting must be mobile and modifiable, depending on one’s needs and desires, all that really matters is ambience and the beauty of a woman." Christian Girard

The designer’s true inspiration from commercial illuminations led him to create these lighting atmospheres. Hence the General Electric light bulb PAR 36 provided the basis for his mobile spotlight, which he conceived in 1969. The spotlight is mobile by means of a magnet that can rotate around a metallic demisphere. The principle of magnetic linking creates an "tous azimuts" (all-out) revolution. Christian Girard rose to fame at the beginning of the 60’s when hundreds of Azimut spotlights were installed in lines on rails in shops and night-clubs throughout Paris.