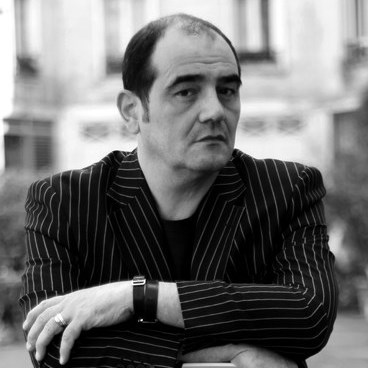 Christian Ghion was born in 1958 in Montmorency in the suburbs of Paris. He first receives a Law degree in Paris in 1982, later he studied at the École du Louvre and the École Nationale Supérieure de Création Industrielle (ENSCI), concluding an education nourished by an insatiable curiosity, he ends up graduating from this design school at 28 almost randomly.
He sets up his own creation studio with Patrick Nadeau, and after a partnership of a decade, he starts a solo career in 1998.

The firm's work on design objects, furniture, backs and interior design allowed Ghion to start making a name for himself as a designer: in 1990, the 'Grand Prix de la Création de la Ville de Paris' award was bestowed on him.

He has lectured at the Écoles des Beaux Arts in Saint-Etienne, Reims and Rennes. His works are included in the permanent collections of the Guggenheim Museum in New York, the Centre Georges Pompidou and the Museum of Decorative Arts in Paris, and in many other collections across the globe.

Christian Ghion at bounce occupies an outstanding place in the French and international design landscape and his imposing stature, husky voice and outspokenness make him quite a character.