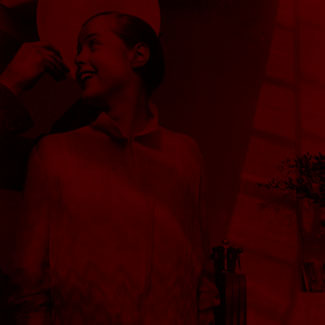 Charlotte Perriand’s was an important figure in the avant-garde cultural movement which, from the first decades of the twentieth century, brought about a profound change in aesthetic values and gave birth to a truly modern sensitivity towards everyday life. In this context, her specific contribution focuses on interior composition, conceived as creating a new way of living, still today at the heart of contemporary lifestyle.

Charlotte Perriand (1903-1999) was lured into the design world by famed architect Le Corbusier. As she tells it in her memoirs, "Une vie de creation", she was so inspired by his "Towards an Architecture" that she sought him out at his studio and invited him to her show at the Paris "Salon d'Automne" in 1927. He came and liked her work enough to establish what would become a lifelong collaborative relationship with her. They worked together to create buildings in which there was no disassociation between the interior furnishings and the exterior form. In the 1920s they, along with Pierre Jeanneret, designed a successful group of armchairs and a chaise longue. In the sphere of twentieth century furnishing history, the advent of modernity made possible the entrepreneurial audacity of this true reformer of interior design.

Perriand, born in Paris, was trained at l'École de l'Union Centrale des Arts Décoratifs. She was one of the founding members of the Union des Artistes Modernes, where she met Jean Prouvé with whom she would design furniture and interiors to showcase his furniture. She worked with Prouvé, Pierre Jeanneret, and Georges Blanchon, at "Les Ateliers Jean Prouvé", designing prefabricated aluminum buildings.

A trip to Japan, planned for six months in 1940, evolved into a stay that lasted throughout the war. She was the acting adviser on arts and crafts to the Japanese ministry of commerce and she became a sort of design ambassador to both countries. In Japan she organized two exhibitions of French design. Back in France, her own work reflected the materials and the aesthetics of space that she had worked with in Japan. In 1953 she produced a simple, bent plywood chair which she called a "synthesis of arts" of Western and Japanese culture and design. In this period she reveals her artistic talent to the full, through a reinterpretation of the reality of life to echo both tradition and modernity. By way of example, worthy of mention are the furnishings produced using traditional bamboo processing techniques, capable of enhancing the new forms already experimented using steel-tubing.

The distinguishing factor of Charlotte Perriand’s personality is a sincere loyalty to the principles of humane and innovative rationalism, preserved intact in her projects, on which she worked with such passion. Perriand described her working life as "a sincere and constant search for a modern living art." 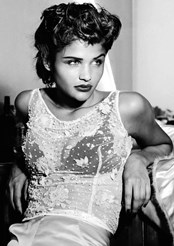 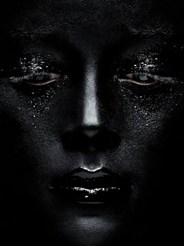 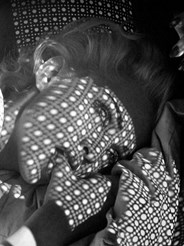