Carlo Colombo is considered one of the most admired and respected contemporary architects in Italy and abroad thanks to his international visibility linked to the architecture and interior work.
He was born in 1967 at Carimate. In 1993 he graduated in Architecture from the Milan Polytechnic, but by 1991 he had already made contact with Giulio Cappellini, for whom he designed his first piece of furniture in 1992: the Kyoto bed, presented at the Salone del Mobile in Milan the same year.

In 2004 Colombo was named Designer of the Year in Tokyo. In 2009 he was one of the winners of the Good Design Award presented by the European Center for Architecture Art Design and Urban Studies and The Chicago Athenaeum. A sort of ambassador of Italian design to the world, he gives lectures and conferences in Israel, Greece, Portugal, Slovenia, Ukraine, Australia, Russia, Britain, Brazil and China.

Colombo's work as a designer, initially focused on product and interior design, has been progressively extended to the construction sector. In 2009 he won an international competition for the design of two multi-functional towers in Abu Dhabi and his renewed interest in architecture has found scope in teaching in China, where he has lectured on design since 2011 at the De Tao Masters Academy in Beijing. 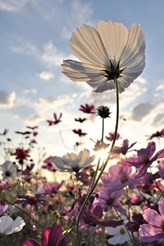