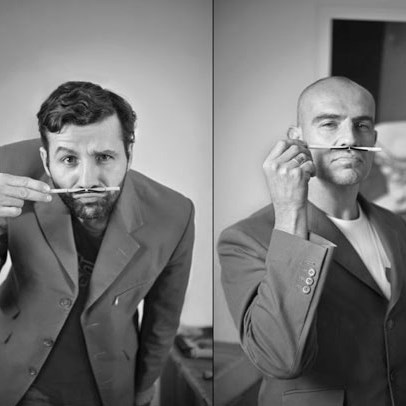 Atypyk was born from the meeting of two personalities coming from different worlds. The first one, Ivan Duval has an advertising culture and the second one, Jean Sebastien has a background in design and plastic art. Together, they propose us a world of offbeat and humoristic objects.

In 1997, they launched "Cowstick" (an adhesive kit allowing to transform a refrigerator into a cow) which was a great success. Two years later, they created their own studio "Atypyk" specialized in creation of objects at once familiar, unstandard and futile.

Since the beginning of Atypyk in 1999, Jean Sébastien and Ivan Duval have built a joyfully imaginative collection of daily objects with a twist.
Humor, playfulness, cleverness, the future being a mere extension of the past, Atypyk tries not to think of objects as ordinary objects but rather thinks about the object of the object.
This is Atypyk’s signature: design is not an end but a means to stimulate the creative relationship that we have with objects in our daily life. It is a process that requires the user’s imagination and participation, and where meaning comes before pure aesthetics.