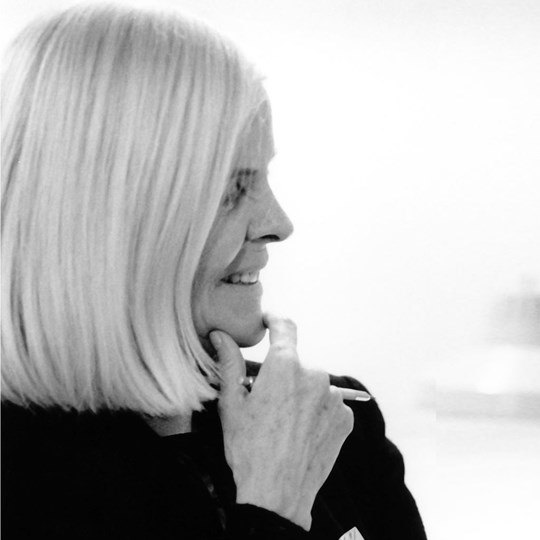 Antonia Astori was born in Melzo (Milan) in 1940. She graduated in Industrial and Visual Design at the Athenaeum of Lausanne in 1966. Since 1968 she has been working as a designer for the Italian company Driade.

Antonia Astori creates important furniture system projects and furnishing items, which are intended as "room architecture", and she contributes to the definition of the corporate image through instalments and exhibitions. In the system projects, which are conceived as "open works" to the final definition of which the end user may contribute, she analyses formal potentials. In her instalments, realised for fair events, stores and showrooms, she highlights the expressive qualities and applications and use of products. Her activities as a designer come alongside with her work as interiors architect, with projects for homes, offices, showrooms and stores. Her long-standing partnership with the French fashion designers, Marithé and François Girbaud, is an important stage in her work in the field of store design. The vital role played by Antonia Astori on the national and international scene is completed with active participation in the field including the unforgettable Eurodomus event held in Turin in 1971 under the aegis of Gio Ponti.

"A refined and silent design that is as sharp as a sword in its rejection of superfluousness, in its progressive adjusting of aim, and in its incessant distillation of an idea. A single, modulated and open architectural project lasting thirty years. A dialogue with time and, from a distance, with the users" – Antonia  Astori