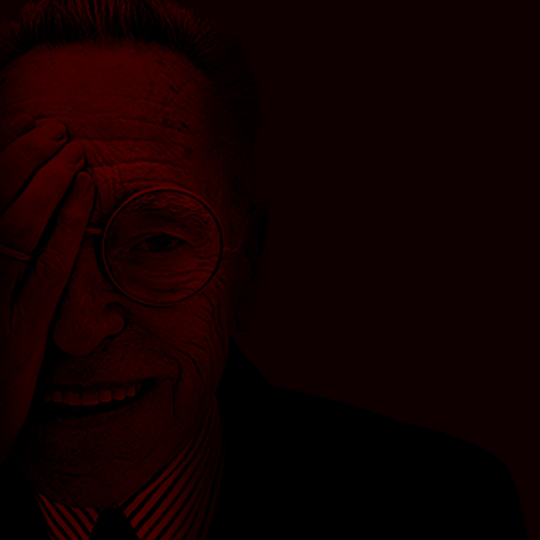 Italian designer Achille Castiglioni (1918-2002) was born in Milan. As early as 1940 he dedicated himself to testing industrial production with his brothers Livio (1911-1979) and Pier Giacomo (1913-1968). After graduating in architecture in 1944, he began a research into shapes, techniques and new materials, aimed at developing an integral design process. The design office he set up with his brothers would become one of the wittiest, elegant and innovative partnerships in modern design. Their dominant philosophy was that design must restructure an object's function, form and production process, and they applied this maximally to every work that they produced. Castiglioni described this process as followed: "Start from scratch. Stick to common sense. Know your goals and means."

In the 1950s the Castiglioni brothers publicly cemented their commitment to redesigning objects, these designs drew upon the "ready-made" school of art, in which everyday objects are repurposed for the showroom floor.

Castiglioni taught for many years, first at the Polytechnic of Turin, starting in 1969 and later leading a class in Industrial Design at the Architectural Polytechnic of Milan, to a group of several thousand students. He was also one of the founders of ADI (Association for Design Industry) in 1956.

MoMA in New York features 14 of his designs and other works can be found in prestigious museums all over the world. He exhibited his designs at every Milan Triennial from 1947 through the end of the century, and has received seven Compasso d'Oro awards.

Many objects designed by Achille Castiglioni have been produced by remarkable companies such as Flos, DePadova, etc. His professional activities spanned throughout the fields of Architecture and Urban Planning; he earned international recognitions for his projects applied to serial production in the fields of lighting fixtures and furniture as well as for his breathtaking installations realized around the world. Castiglioni's method, to have "a constant and consistent way of designing, not a style", led him to create products that helped restore Italy's quality of life in the post-war years and used the household object in innovative and whimsical way.